The story of the old man and motivation

Picture the scene. There’s an old man who lives by himself in a house at the end of a cul-de-sac. More than anything else in life this old man values his privacy and peace and quiet. He lives a hermit-like existence and if he had his way would have nothing to do with the rest of the world.

He wakes one day to the sound of three small boys playing football in the street just outside his house. There not being yobbish in any way, but it’s a warm day in the school holidays and they’re having fun and making noise.

We might expect that the old man would react to this by storming out of the house, waving his arms in the air and swearing profusely, but this old man – who knows a thing or two about motivation – responds very differently.

“Boys!” he booms as he walks down the path, “How nice it is to see young people enjoying themselves. All I read about is kids being stuck in front of their Playstations all day and yet her you are enjoying the sun and having a good time. I used to play football when I grew up a few streets from here and I can tell you that watching you has brought back some lovely memories. You’ve cheered me up so much I think you deserve a reward. Here’s £5 each!”

The boys are naturally wary, but they decide to pocket the money and they return to playing football as the old man returns in doors.

The next day they’re back and once again the old man comes out to speak to them.
“Ah boys”, he says enthusiastically, “I was thinking about what happened yesterday and I decided to phone my boyhood friend Eric; we haven’t spoken in years. We’ve decided to go for a pint on Saturday. I can’t tell you how happy this has made me so, go on, have another £5 each”

On the fifth day the old man comes out to greet them but without any of the cheerfulness at all.

“Boys”, he says in a grave tone “You must believe everything I’ve told you. You have cheered me up and I’m really, really pleased that we met up, but It’s a while before my next pension payment and things are very tight financially. Tell you what, how about a penny each?”

“A penny! Are you serious?” asks the oldest boy, “We’ve been used to getting a fiver! I can’t believe this. Come on we’re going.”

With that he and his friends scoop up their ball and disappear never to be seen again. The old man has his peace and quiet returned for a mere £60 which is very good value as far as he is concerned.

If you want to destroy motivation, take a group of people who are performing learning and enjoying (as the boys were to begin with) and orient them towards financial rewards instead. Then meddle with them or take them away and I guarantee motivation will never recover.

If you’d prefer to see motivation improve do it the other way round. Use coaching to help discover the opportunities for performance, learning and enjoyment in any role and relax as financial rewards cease to be the be all and end all. 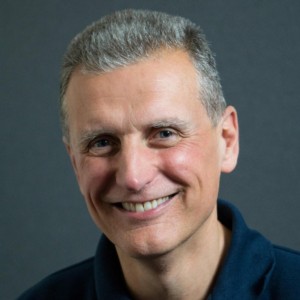 Moving From Trainer To Coach

The power of people’s potential

Coaching needs to be different to work

Exclusive guide for leaders who need to coach their people – now!

Discover how to drive results through coaching without hours to spare on endless calls.

How five key questions can have you using a coaching approach with just a few minutes each day.

Solve problems that have never been encountered before.

Communicate effectively without being face to face.